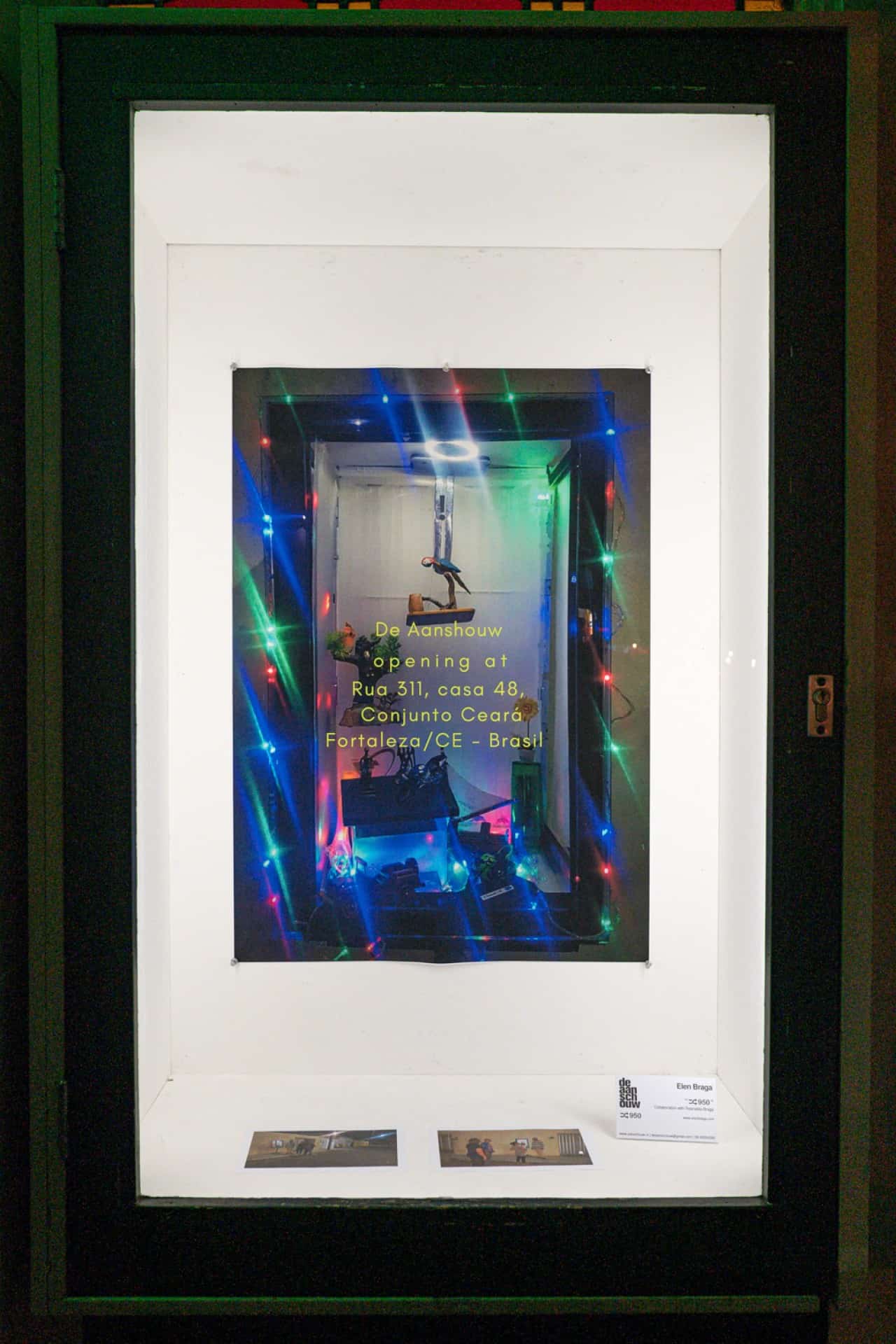 De Aanschouw ( to witness) is a display box visible from the street, measuring 77,5 x 116,5 x 36cm. For over 18 years De Aanschouw is the most productive art platform in Rotterdam.
In my participation, I was thinking about what are the implications behind the displacement of the box into another social context? Who becomes the witness, of whom and of what?
And I invited my father to reproduce the same box, with the same measurements, and open De Aanschouw in front of his house, in Rua 311, Conjunto Ceará, Fortaleza, Brasil. He made the box using parts of an old TV and LED lights and put his own objects inside the box.
The opening was at Café De Schouw where I announced the opening at my father’s house. There was an image of my father’s box inside the De Aanschouw’s box .