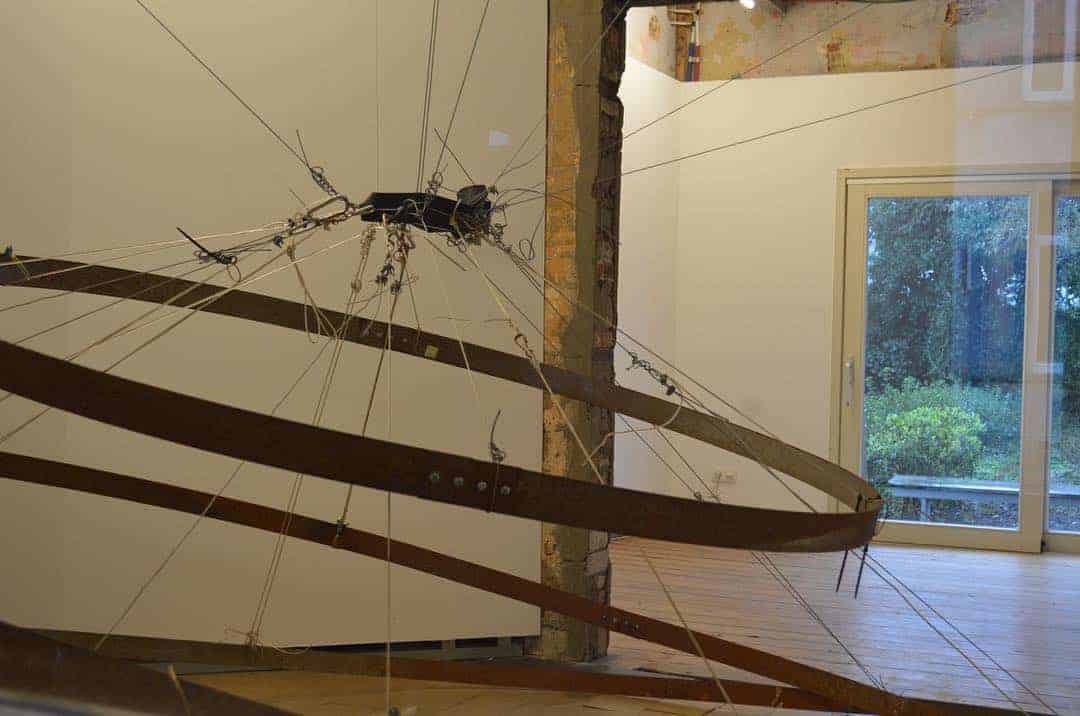 During a residency of three months in AIR Antwerpen/ Belgium,  the artist created a new performance in the series ‘Os 12 Trabalhos’ (the twelve labours), a series of performances testing the effect of nature powers on the human body. The 12 labours refer to the Greek myth of Hercules. In these 12 actions Elen Braga undergoes pointless and absurd activities to test her body and try to make it as strong as Hercules. For these series she sought inspiration in the depiction of combat sports, athletics and fitness practices. The 12 labours took place live, but are mainly presented by video, photography and the presentation of the objects and tools she designed to use in these actions.
For her most recent action Elen Braga designed a ‘hoopskirt’ out of metal strips. She wears the heavy construction on her hips and swirls around, like a derwish ritual dance. Only in this case the swiveling around brings her off balance. Also the weight of the metal construction hinders her fluid movements. It pierces the image of beauty created by her physical figure, choreography and epic surroundings.