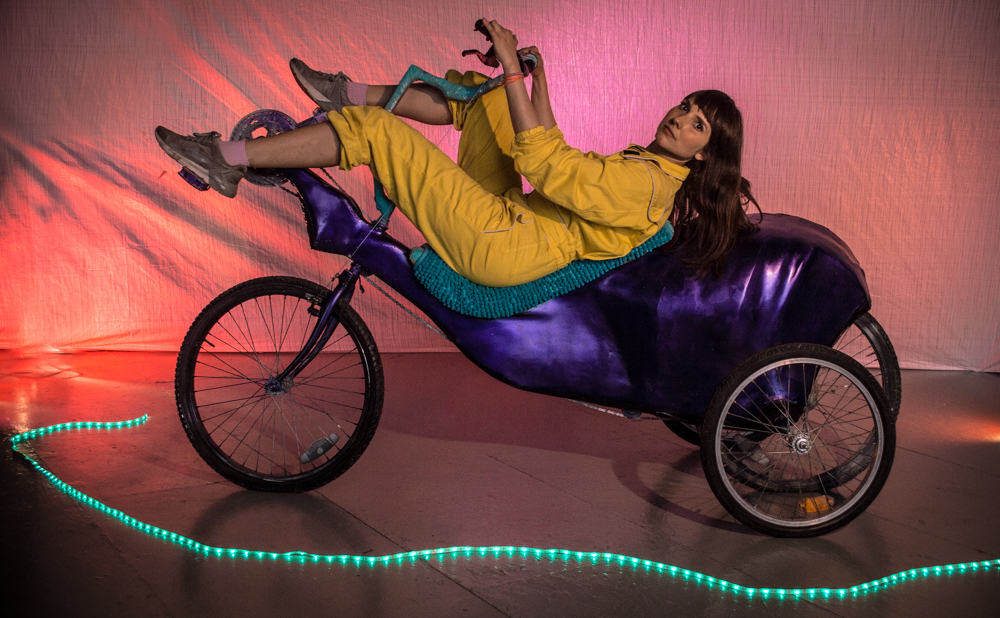 The work is an exuberant image of the artist and her artwork.

To Caprichar in Brazilian Portuguese means to do something very well.

Los Caprichos: a series of 80 engravings by the Spanish painter Francisco de Goya, which were a harsh denunciation of his society in the late eighteenth century. The first Capricho was a portrait of Goya himself.